Here's our new clip to the new single "Killing Myself"!

It's a song we've finished almost 5 years ago and was also the 1. song we've ever done together.

In Case you want to download the original song then you have to go on Soundcloud.com/crowd-under-pressure

We are in Paper!

Thanks to Dani T. for the Interview and Album-Review!

The new album "Lost Memories" arrived in CD-Version! The CD's are now available in our online-shop. Just click on the "Shop" Button on this page and order your 11-Track album!

The Album is born!!!

Today is the release of our new album "Lost Memories" and that's why we want to thank you all for supporting this band. Special thanks to Daniel, Sebastian and Jeanine for the collaboration!

You can download the album in different online stores or pre-order it on this website by clicking on the SHOP-Button.

Don't miss our next shows!

Crowd Under Pressure, Child Of Pain

Crowd Under Pressure, Utopia, and many more

We`ve got a new track out for our crowd!!!

This song is taken from our upcoming album "Lost Memories". The full album is coming out next week!

We have had a great time so far and now we're finishing the edits for our upcoming album...

The crowd is definitively under pressure, our album is coming out in summer 2016! We'll play some concerts in autumn, dates are coming soon!

As promised in February... the "1. Rock & Snow" Festival on the beautiful Mountain Belalp in Switzerland was great. A lot of good-humored people, 4 bands and a beautiful panorama in a great weather.

Thank you all who came out for watching the shows! We hope to see you again in autumn 2016 @ our next shows. Dates will follow after the album-release in summer.

Next stop: April 1. and 2. at the Q-Lab recording studio in Basel CH.

On march 19 we are going to travel to Belalp CH and rock the stage with Bands like A.F., Allys Fate and Artefucked. This event will not be a club-gig like any other. The stage will be constructed outside on snow. The event called "1. Rock & Snow Belalp" with 4 Bands in the front and a beatiful panorama in the back.

Now it's official. We're glad to announce that we are going to record our album in the magnificent Q-Lab Studio Basel (CH) in april 2016. It will be a big pleasure to work with our friend and well-known producer Daniel Platisa!

New merch for our crowd!!! 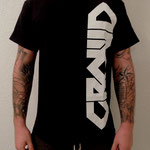 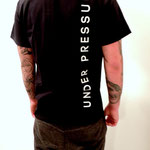 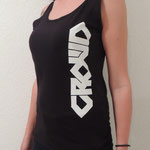 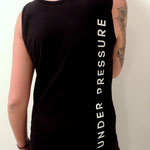 Every search has an end! It`s a big pleasure to present you our new bassist Sebastian Kuonen!
At our forthcoming concert this Friday 2.10.15, Thomi Z. will be the last time on stage with Crowd Under Pressure.
We look back to a great time and funny moments... Thank you Thomas!

We are sorry to say that we´re not going to play the show on sept. 26. The event is canceled by the restaurant above the Nachtwerk-Club because lot´s of residents don´t want musicians to play their concerts in this venue no more. But to live up to Crowd Under Pressure´s Bandname: We assure you that we are going to play there, no matter what a resident say.

On 02.10.2015 we will share the stage with our brothers of a Band called ALLYS FATE at the "iXS Downhill CUP" in Bellwald, Switzerland.

We had a great evening yesterday @ Bodmerfest 2015. Thanks to our crowd, to the Bodmerfest-Crew and everyone who joined us!

Thanks to Daniel T. for the interesting article about our rehearsal room in Visp! Well done

With a heavy heart, our Bassist Thommy Ambiel quits the band. He has not got enough time for practising and has not enough time to play concerts.

Thomas Zenruffinen (Allys Fate) will do the job at the bass for the upcoming shows until we find a new member.

We thank Thomas for the time we had together!

Another sensational evening on saturday 25th april! Thanks to our great CROWD!

Thanks to Perron 1 for having us last saturday! Also thanks to BLENDOF and FLATLINE WALKERS for supporting us, you guys rock!

Today we'll rock the "Perron 1" in Brig CH. The Punkrock Bands BLENDOF and FLATLINE WALKERS are joining us on stage and we assure you it will be great!!!

Finally our website of Crowd Under Pressure is finished. Listen to the EP we recorded last year! You'll find songs and videoclips in the SOUND-Folder.

Our Website is almost finished, you'll hear from us as soon as the tiny mistakes on the Website are worked out! See you soon!

Your Crowd Under Pressure